The First Professional Soccer League in America and the Senators of Washington, Part One

In the first post of this three-part series, I introduce the American League of Professional Football, covering its formation, rules, and participating cities. The Washington Senators also feature extensively in this initial post. This by no means is a complete history of the league or any of its clubs, but more of an introduction to America’s first professional soccer league.

The ALPF and its Origins

During the last decade of the 19th century, a vacuum in sports entertainment existed. Professionalism among athletes was in its nascent stages. Baseball fielded the only professional sports league in the country and held a monopoly on the summer months. College football held court in the fall months, but was considered non-professional and embroiled in a debate over the violence inherent in the game.  Sure, Americans played other sports during the winter and several amateur sports leagues existed, but by 1894 only baseball existed at the professional level.  By creating the American League of Professional Football (ALPF), the owners of several National League baseball clubs sought to fill this winter void, fill their vacant stadiums, line thier pockets, and maintain their stranglehold on the growing sports landscape.

The formation of the ALPF grew out of a series of meetings between the owners of six baseball clubs in the National League that began as early as February 1894. The idea of a professional soccer league managed by the National League owners came up during the league’s annual meeting in February and plans continued well after. A preliminary meeting took place on 19 June 1894. During this meeting, the owners announced they would create a professional soccer league starting in the fall of 1894. The owners agreed signed a three-year partnership agreement, as well as, a guarantee fund stating, “any club that refused to play, or finish a game, would forfeit $500.” In addition, the owners announced a vague schedule that would run from the beginning of October until the start of the New Year. The owners named Arthur Irwin, the Philadelphia Phillies owner, interim president. Joining Philadelphia in the league were the cities of Baltimore, Boston, Brooklyn, New York, and Washington D.C. The respective owners were optimistic the league would succeed, among them, Washington Senators owner Jacob Earl Wagner. From the onset, both Irwin and Wagner sought to field a successful team. In fact, both owners had a number of players already under contract by the meeting in June. Over the course of the next month, it seemed clear that despite the natural drawing power of the baseball players, the owners, fearing injuries, concluded they would not field any of their baseball stars in the ALPF. Ultimately, some baseball players would suit up for several of the soccer clubs, but they were in the minority. By the beginning of August, still in the midst of baseball season, many of the clubs had begun rounding up talent and forming their squads.

The baseball magnates formally created the ALPF on August 14, 1894 at the Fifth Avenue Hotel in New York City. Irwin removed the interim title from his name and became president of the newly formed league. The new vendors of professional soccer, seeking to maintain their dominance within the sporting world, drew up a constitution mirroring that of their baseball league, which in effect gave them the utmost authority and left the players powerless after they put pen to paper. The owners confirmed the October to January schedule, ratified that the rules of the game, and set ticket prices at .25 and .50 cents, which was on par with what the National League charged for its baseball games. The league’s rules would be the same as those in England, save for a few minor tweaks, which, judging by the newspaper articles available seemed to include substitutions, something that was not allowed in the English League until the 1960s. In addition to the schedule and rules, the league also adopted a set of rules for the clubs uniforms. The home clubs were to wear a white uniform with black stockings, while the away clubs were to wear black or another dark color with white stockings. Lastly, the ALPF announced that Sunderland, then an English powerhouse, were to come stateside and play a series of exhibitions with its league members in 1895.

Despite the positivity emanating from the press, and the consistently emphatic language spewed by the owners, several factors seemed detrimental to the long-term success of the ALPF. First, the owners did not set a fixed schedule. Though the owners kept pushing an October to January schedule through the press, in reality the league could and would not begin until the end of the baseball season, which could, and did, drum on after October 1.  Additionally, the owners did not set specific game dates, only stating that they would try not to interfere with the college football schedule. In fact, well into October the league still did not have a season schedule stretching farther than the end of that month.

Another act that seemed detrimental to the success of the league was that fact the owners refused to gather genuine soccer minds. The owners allowed the baseball managers to run the soccer clubs, though as you will see was not true for each of the six clubs. In Washington’s case, the manager of both sports was Gustavus, “Gus,” Schmelz.  This, in effect, was an attempt to keep baseball fans interested since the baseball players would not be participating in the new league, but, consequently, meant that fans would not witness the best tactics on display. In addition to retaining their baseball managers, the owners named the soccer clubs after their respective baseball clubs. This may seem odd to any American sports fan, but became common elsewhere in the world, with Real Madrid being a prime example of several sports falling under the umbrella of one club.

Outside opposition to league also existed in addition to these initial glaring oversights in the league’s creation. A little over a month after the announced formation of the ALPF, the American Football Association (AFA) the first governing body for the sport in the United States, barred any of its players from playing in the new league. The AFA, formed in 1884, oversaw the non-professional leagues throughout the East. The AFA had reason to worry, as the ALPF pulled many players from teams under their jurisdiction, including several of Washington’s players who J. Earl Wagner culled from the Trenton (NJ) Rovers and nearly all of the players competing for Brooklyn once suited up for the Fall River Rovers (MA). Ironically, the AFA’s opposition proved irrelevant after sides affiliated with the governing body engaged in friendly matches with the new professional clubs prior to the start of the ALPF season.

As previously mentioned, J. Earle Wagner, owner of the Washington Senators Baseball Club, in addition to President Irwin and Boston’s owner Arthur Soden, took the creation of the ALPF seriously from the first rumblings of its creation. This may, or may not, have been to the detriment of Washington’s baseball club, as they eventually finished 11th out of the 12 team National League posting a 45-87 record. By July 30, well before the official creation of the league, Washington had twelve of eighteen players under contract. The Washington Post featured a profile on these twelve “footballers” a short time later, which is something each city’s daily did to garner interest in the ALPF. Among the initial twelve players signed by August 5, were future captain and halfback John, D. Gallagher, and 5’4 ¼ ” goalkeeper John L. Kearns, who ultimately did not remain with the team. In addition to player profiles, each city’s press claimed that their city’s team were a quality eleven capable of winning the league, Washington was no exception. President, and Philadelphia Phillies owner, Irwin even proclaimed the Washington squad as quality prior to the start of the campaign, though no league president has ever publicly stated that teams competing within his start-up league were not quality, nor would any local press seek to turn off fans by writing about how terrible a team was.

After several months of planning and the positive press emanating from the Washington Post, Washington’s roster final roster remained up in the air after announced start of the league on October 1. Washington was not the only club with a roster that remained unfilled. Each club within the league had holes within their roster for a variety of reasons. Inevitably, the National League baseball season delayed the start of the ALPF season with mangers, like Wagner, still tweaking his baseball roster while focusing on the soccer side of his club. Ultimately, the Temple Cup, the newly created championship of the National League, series dragged on until October 8 and postponed the announced start of the ALPF’s season. The inaugural Temple Cup Series is an entire story unto itself, with a feud over gate receipts, a fashionably late fixed schedule, and a rousing party welcoming the Baltimore baseball team in the city of Washington all happening prior to the ALPF season. Obviously, and perhaps from the owners perspective, understandably, the opening of the soccer season remained second fiddle to baseball. Within this atmosphere, the soccer entities, namely Washington, continued practicing, scrimmaging, and singing players.

Going into October, Gus Schmelz, Washington’s manager, had an idea of his squad’s makeup and the ground they would play on. Each soccer club played in the stadium of their baseball counterparts as these were the premier venues of their day. For Washington, this meant that the club played its home games at National Park, a site that the Howard University Hospital now occupies in Northwest, Washington, D.C. Wagner selected red, white, and black as the team’s colors, similar to D.C.’s current club D.C. United. The team’s uniforms consisted of “trousers of heavy white duck, the shirts of wide black and white stripes, and the skull caps, belts, and stockings of dark red.” To round out the uniform, the team had two sweaters, “the lighter one of solid red, and the heavier one of black and white horizontal stripes.”

Based on just the first twelve signings for the of Washington’s squad, we, today, would consider many of the players small. The tallest player of the first twelve to sign for Washington was halfback James Tiffany who stood just 5’7 ½” tall. Of the first twelve to sign with the club, ten remained with the club to open the season. Due to their collective height, Washington looked to utilize the players speed to compete in the league. In fact, Washington fielded several players that football experts of the day considered the fastest in the league. Joining manager Schmelz from the baseball side was Charlie Abbey, the only Senator to suit up for both baseball and soccer entities. The Post projected Abbey as a reserve keeper, but also mentioned his abilities in the field. He eventually saw action in defense. It was not until October 10, the day before Washington’s season opener, that the squad seemed finalized when their goalkeeper, John Lynch finally showed up to Nationals Park. With the team finally set, the opening game of Washington’s foray in the ALPF proved to be a rather pompous and celebrated affair.

In keeping with the format of my first post, I will list some of the sources I used in making this article here instead of using footnotes. A number of primary and secondary sources were used in the making of this post including: The Baltimore Sun, The Boston Globe, The New York Times, The New York Tribune, The Washington Post, The Washington Star, Ed Farnsworth's post concerning Philadelphia's ALPF History, Steve Holroyd's History of the ALPF, www.baseballreference.com, as well as several other secondary sources.
Posted by Ski at 11:02 AM 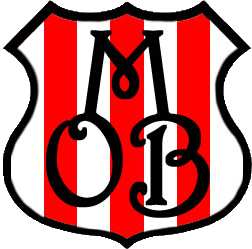